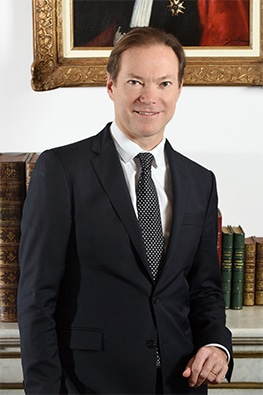 Between 2014 and 2016, Cyril BOURAYNE was a member of the Conseil National des Barreaux (CNB), the French representative body of lawyers, elected on the list of the Circle of Independent Lawyers. He was a member of the commission on equality, prospective analysis, European and foreign affairs and particularly in charge of missions in Turkey, Haiti and Russia.

Being a fervent supporter of equality, he was the first elected lawyer of the Conseil National des Barreaux having transmitted his mandate at mid-term to his co-candidate, Caline Kamya Nkontchou. He was then designated as qualified expert upon the Commission for European and Foreign Affairs of the CNB.

Committed and resolutely independent, he has taken up the judicial fight as president of the Association “La Justice dans la Cité” (“justice must remain on the Cité”). Also on the committee of honor were Robert Badinter and the former head of the Parisian Bar Association, Paul Albert Iweins, against the move of the court house in the center of Paris.

He intervenes regularly in the press and is a frequent speaker in seminars organized in France and abroad.

After the achievement of his legal studies with a specialization in business law (“maitrise de droit des affaires”) and a master’s degree obtained in general private law at the University of Paris V – Malakoff, he gained a first professional experience in the firm of Jean Louis Borloo in 1991. He then passed the bar exam in 1992 and worked until 1997 in the firm RBM2L with Patrice Rembauville-Nicolle.

Guided by a strong entrepreneurship, he was one of the founding partners of the firm SCP DIZIER & BOURAYNE which he co-directed from 1997 until 2016, before founding the firm BOURAYNE & PREISSL in June 2016.

Cyril BOURAYNE is a recognized specialist in the transportation and logistics sector.

He has also developed an important expertise in economic law (distribution, competition, consumer law) and pleads regularly before courts and in the context of arbitration proceedings.

Cyril BOURAYNE intervenes for SME’s, companies quoted on the stock-market, insurers and other institutional clients which have trusted him already for decades.

For almost 25 years he has assisted major actors in the logistics sector (shippers, freight forwarders, carriers, insurances), in the sector of the high-end prêt-à-porter, French luxury brands and in the distribution sector.

On a private note, Cyril is married and father of 3 children. When he is not cooking or taking care of his giant marine aquarium, he lives his passion for the Basque culture and language as head of the Basque Men’s Choral ANAIKI which he has directed since 1997.